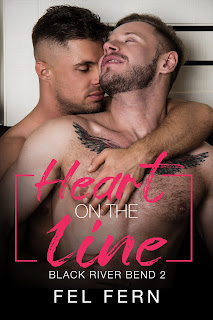 James Blackburn is tired of being a coward and a pushover. When James is involved in a shooting, the last person James expects to come to his aid is Kurt, his old highschool crush. The incident left James broken but he doesn’t take defeat lying down. James wants to learn how to defend himself and who better to teach him but ex-boxer Kurt? James never thought he’d ever had a chance with Kurt but maybe fate led him back to Kurt for a reason.

After retiring from the sport to run his boxing gym, Kurt Reid thought he had everything figured out. He never anticipated James collapsing in his arms after being shot. James was the one that got away and Kurt never forgot the kiss he stole from James years ago. Kurt agrees to give James free self-defense lessons in exchange for two things—James’ body and heart.