Now Live or read for free with a Kindle Unlimited subscription. 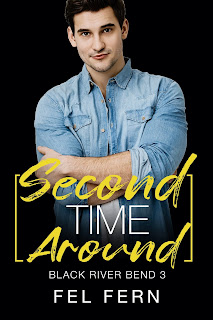 Joel Wilson’s fallen off the deep end. He lost his job and he’s turned into a junkie. Joel didn’t think he could sink any lower until he offers to give his dealer a blowjob in exchange for a hit. Joel’s spared from the humiliation when the last man he ever wants to see again turns up with a badge and gun. Before Gage became the town sheriff, he was Joel’s first boyfriend. But gone is the boy Joel grew up with. This hard-eyed sheriff will throw him into a jail cell and leave him to rot—except he doesn’t. Gage believes Joel can be saved, but Joel has his doubts.When Joel broke his heart ten years ago, Gage never thought he could ever forgive him. Seeing Joel turn into a prisoner of his own making, pierces Gage to a core. He knows all Joel needs is someone who believes in him. Someone who cares. Gage will be Joel’s silent guardian, his sentinel but Gage wants something else in return. No matter what happens, Joel’s body, heart, and soul will be his to keep.