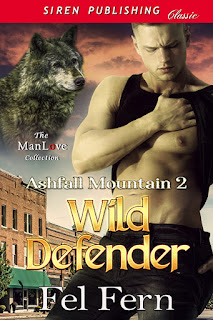 Sam Davis is being hunted. To pay off his debts, Sam’s scummy father sells him off to a psychotic panther shifter Alpha on Ashfall Mountain. Negotiations are off the table when the panther pride turns on them. Sam knows his life is over. When he attracts the attention of another violent predator, he isn’t sure if Kris wants to save him or keep him.
Kris Ward has trouble keeping his sanity in check. Violent shifters are sent to Ashfall Mountain to die. He and his brother plan to eventually kill each other off. Kris has no regrets, no reason to live, until he finds Sam, bleeding and clawed nearly to death. Bringing Sam to his pack will cause problems but Kris doesn’t give a damn. Sam is his fated mate and Kris intends to pay back the bastards who hurt him.