Now available or read for free if you have a Kindle Unlimited subscription. 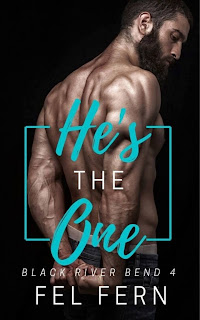 Henry Collins has only been in love with one man. Drake’s off-limits. Drake’s twice his age and his father’s ex-bestfriend. Henry knows the sexy-as-sin bar owner is way out of his league. He’s not even on Drake’s radar—but one night changes everything. When Henry’s alcoholic father lands him in hot water, Drake appears out of nowhere to save him. Drake’s not just his white knight, he’s the one man Henry’s ever wanted. And there’s no better time like the present to make his first move and risk his heart.Drake Bentley’s been keeping his distance. He knows he’s wrong for Henry. Henry’s smart and funny, too good for a man like him but one taste and Drake knows he’s doomed. Drake can no longer deny there’s nothing between them. Drake never imagined building a future with anyone, but suddenly, he sees a tomorrow with Henry. All Drake needs to do is get rid of a few angry bikers and Henry’s his for the taking.