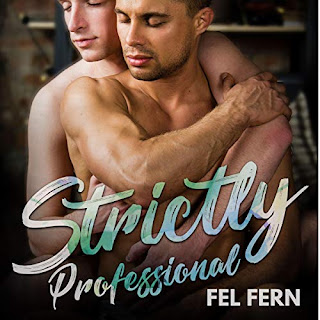 Narrated by Matthew Lee Ryan
Buy Link: Audible
Warren’s nursing a broken heart. His ex left him after finding out Warren’s sterile. An omega who can’t get pregnant is useless. Hooking up with a hot and sexy alpha werewolf at a bar seemed like a terrific way to forget his problems - until Warren wakes up the next morning and realizes Jason’s his potential employer. Warren knows he can’t screw this up, but he can’t keep ignoring the heat between them.
Jason’s life is a mess. His ex dumped their three-year-old daughter on him, and Jason’s not cut out for fatherhood. Jason might’ve left the army, but his old ghosts continue to haunt him. He needs a nanny to take care of his kid, but when his hookup appears on his doorstep, Jason’s stumped. He hires Warren, but it's not easy keeping their relationship strictly professional. His wolf and his heart knows what it wants. Warren might just be the answer to all his prayers.