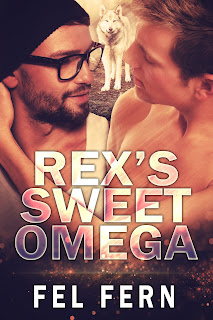 Learning to love again isn’t easy…Alpha Rex Wilson’s life is in splinters. A casket bearing his best friend and an honorable discharge brings Rex back to his hometown. The promise Rex made to his friend is the only thing keeping him moving forward—protect Nicky and Nicky’s son at all costs. It’s not long before Rex realises that the spunky and warm-hearted Omega might just be the cure he needs. But the war broke something vital inside Rex. His wolf is unstable, and if he’s not careful, he might end up hurting Nicky.Omega fox shifter Nicky is fiercely independent. He doesn’t need Rex to play bodyguard, and he can raise his son on his own. As Nicky gets to know Rex better, he realizes its Rex who truly needs him. Nicky can anchor Rex’s wolf. He knows he can heal the fractures in Rex’s soul. It doesn’t hurt his attraction to the Alpha is off the charts. But allowing Rex into his home and heart might only invite further trouble.Two lost souls are given a second-chance in Rex’s Sweet Omega, a standalone mm mpreg shifter romance. There are no cliffhangers or cheating, and a HEA is guaranteed.