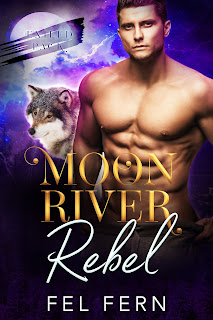 Buy now or read for free on KU on Amazon

A prickly warlock with a chip on his shoulder. A single-minded Alpha dead set on capturing his heart.

No nonsense warlock Ollie Turner leads a busy life. With a baby to care for and a demon on the loose, West is a complication he doesn’t need. The Alpha werewolf can be persistent and infuriating. He could also be protective and sweet. Getting close to West is not an option. Ollie’s life has an expiry date but each time they meet, the more his resolve wavers. Even if West is the one, their love can’t last forever.

Second-in-command of the Moon River Wolf Pack, Wesley Donovan only has eyes for one man. One stubborn warlock to be precise. Ollie’s put up walls so high, West has no hope of ever breaching them. When a run-in with a demon opens a door of opportunity for West, he finally makes his move. Ollie will become his mate. West won’t settle for anything less.

Tempers clash and sparks fly between a cranky warlock and a werewolf Alpha fixated on making said warlock his mate in Moon River Rebel, a MM shifter romance. It is book 2 in the Exiled Pack series. There are no cliff-hangers or cheating, and a HEA is guaranteed.