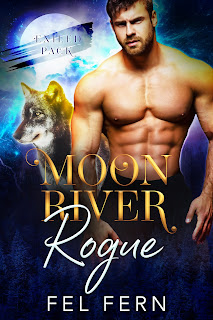 An Omega who’s trying to get his life back together. An exiled Alpha who just wants to be left alone. Fate brings two broken souls together to make them whole.

Caden Hill’s life is in tatters. Thanks to his ex-boyfriend, he lost his high-paying job, and he’s now living in his car. When his warlock best friend invites him to a sanctuary for lost paranormals, it’s a new start for Caden. He’s sworn off romance… until a gorgeous Alpha saves him from a fate worse than death. Lee’s sexy, protective and thoughtful, but he’s broken, just like Caden is. Caden’s taste in men is awful, but maybe he can make an exception for Lee.

Branded as a murderer by his old pack for killing his father, all Lee Marshall wants to do is forget his past. He runs an animal shelter with three other misfit Alphas like him. Lee thinks he’s finally found peace, but something is missing in his life. The answer lies in Caden. Caden is his bright ray of sunshine, but Lee doesn’t believe a former killer like him deserves a shot at happiness. When a former pack mate begs Lee for help, Lee finds himself at a crossroads. Will he choose redemption or his fated mate?

Moon River Rogue is a mpreg shifter romance that features a reluctant Alpha with a dark past, a broken Omega keen on pursuing him and plenty of adorable rescue animals. It is the first book in the Exiled Pack series. There are no cliff-hangers or cheating, and a HEA is guaranteed.