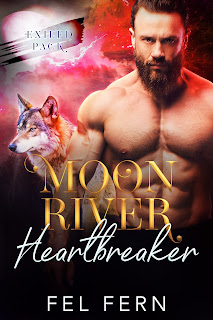 An Omega chained down by his past. An Alpha who will do everything in his power to set him free. Two flawed souls. Unexpected mates.

Stephen Marshall is a pregnant Omega trapped in the skin of his wolf. A monster left Stephen scarred for life. Stephen might’ve escaped one hell, but he’s far from fixed. Everyone believes he’s a lost cause, that he’s only holding on until his baby is born. Everyone but Dom. Dom sees him—really sees him. The Alpha doesn’t care about his flaws or his insecurities. Dom offers him everything, but Stephen doesn’t believe he’s worthy of Dom’s love.

Alpha Dom Morton has resigned himself to a life of loneliness. Raised in a lawless pack of monsters, Dom knows he’s not suited to be anyone’s mate. After meeting Stephen, Dom wants more. Dom doesn’t care that the baby growing in Stephen’s belly isn’t his. Stephen is his to protect and cherish. Working with unwanted animals taught Dom he’s more than a killer. That he’s capable of caring for others, but is he ready to become Stephen’s mate?

Moon River Heartbreaker is a Mpreg romance that features two damaged and reluctant wolves—a big-hearted but lonely Alpha and a lost but strong Omega who’s sick of being broken. This is book four in the Exiled Pack series.